The Udawalawe National Park is also instrumental in the Elephant Transit Home - a project that is geared towards the conservation of the Sri Lankan Elephant (Elephas maximus maximus) which is a recognized subspecies of the Asian Elephant and is now endangered. This transit camp is an orphanage of sorts where abandoned, injured or orphaned elephants are treated and then released back into the park. It is possible to observe these elephants from a safe distance.

Getting the most out of your Udawalawe National Park Safari:

The Udawalawe National Park is the only place where an elephant sighting is guaranteed on every single safari drive. There are around 600 to 700 Sri Lankan Elephants in this wildlife park and it is not unusual to see large herds gather to drink water and feed.

In addition to the Elephants there are Spotted deer, Monitor lizards, Sambar deer, Wild boar, Common Langurs, Jackals, Toddy cats and the endemic Toque Macaque. The Sri Lankan Leopard has also been sighted here, but unlike in the Yala National Park these sightings are very rare.

A total of 183 species of birds have been recorded here, some of which are resident and the others, migrant. The endemic Sri Lanka junglefowl, Brown-capped Babbler, Malabar pied Hornbill and the Sri Lanka Spurfowl are of particular importance to birders. Of the water birds, the rare Osprey and Indian Cormorant are of note too.

In terms of floral species, much of the forest canopy in Udawalawe has been destroyed through slash and burn cultivation - only savannah grasslands and thorn scrub now prevail. Trees such as Satin, Ehala, Lunumidella and Kumbuk can be found. The Mandorang tree too can be found here and is endemic to Sri Lanka.

RARE Tip
Its an authentic luxury mobile tented Safari Camp. The distance between the entrance of the Park and the campsite is a mere 21km, and of this 15km follows the Park boundaries where animal sightings are common. As the camp is located adjacent to the Park’s boundary, it feels more like living inside the park. There is plenty of wildlife within the campsite, often wandering across from the Park. Worlds first Carbon Neutral Safari Camp, working on conserving the wildlife of Sri Lanka for the past 2
ROOMS 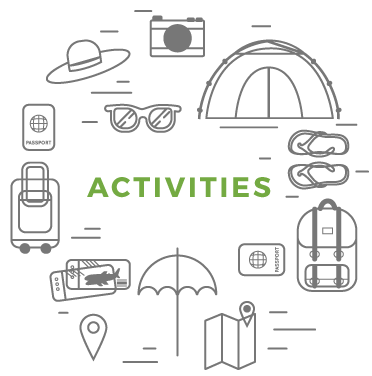 This safari was excellent Felt very welcome from the start Everything is 5* quality from the food to the service to the room The staff were all brilliant at their roles including the waiter that...

Our stay at Big Game Udewale was the highlight of our Sri Lankan trip so far. From the moment we arrived we were made to feel incredibly welcome and comfortable, with every need tended to it allowed...

An amazing wilderness stay
by TeamAngelLester on 04/09/2022

An amazing experience with a touch of luxury. The tent was spacious and spotless. Dinner in the evening was a lovely experience. The highlight for us was our naturalist Prince. Very knowledgeable...

Read All 185 Reviews | Write a Review